I bought a small countertop dishwasher for my apartment a few weeks ago. This is a box about eighteen inches on each side that fits on a counter or side table. The model I got doesn’t require plumbing, so there’s no installation and you can put it anywhere: you pour a gallon of water into a tank in the top before starting it, and the wastewater drains through a hose into a bucket which you can empty into the sink once the cycle finishes. For about $300, I’ve completely eliminated a recurring minor annoyance in my home. 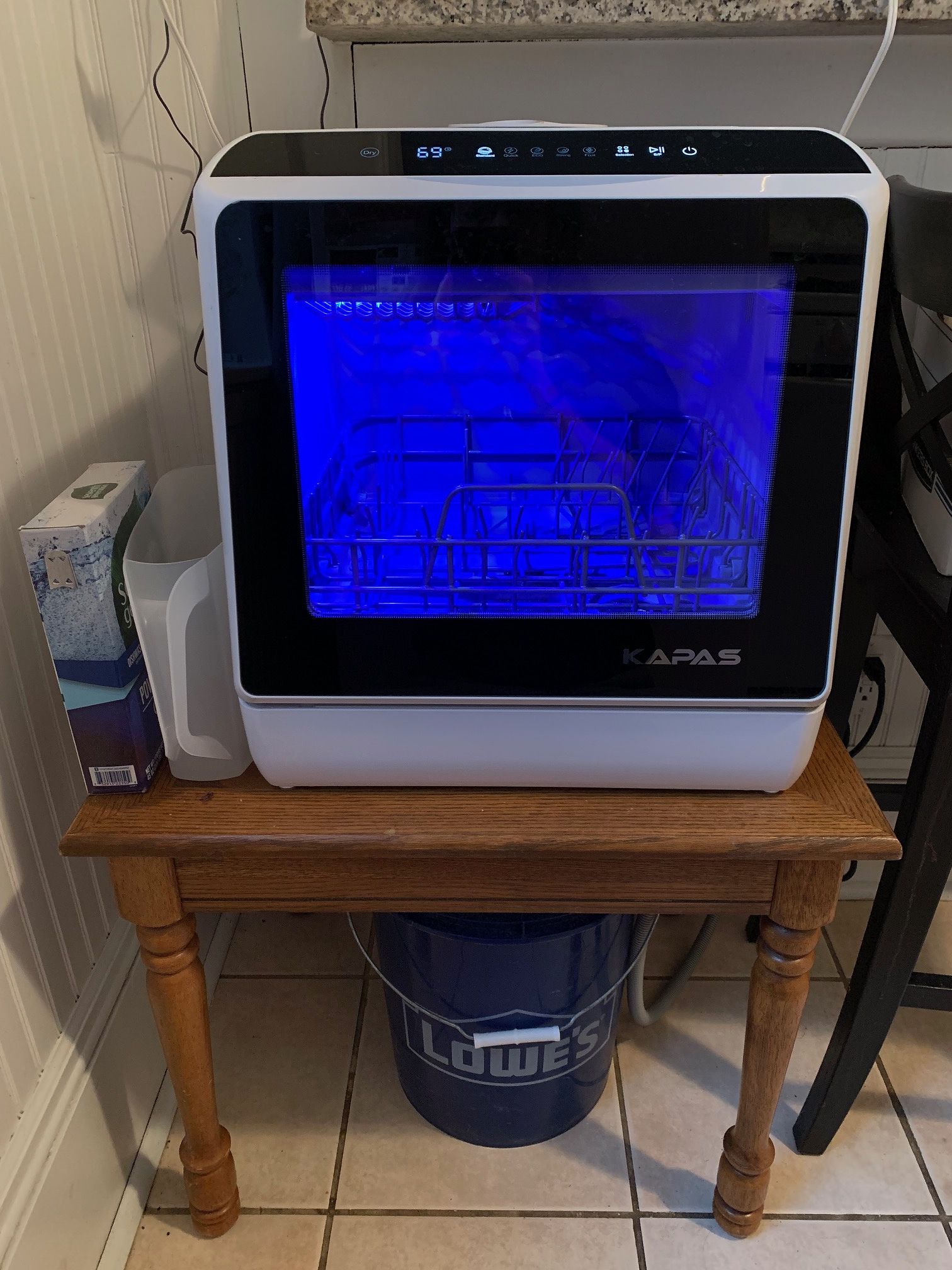 This isn’t a blog post about why you should buy a dishwasher, though (maybe you should, but that’s not the point). What’s worth sharing and paying attention to in this experience is the manner in which the dishwasher is making my life better. Because the annoyance at issue is not simply “doing dishes” – as a matter of fact, as far as chores go, I actually rather like doing dishes by hand. And while the dishwasher does save a little bit of time, certainly enough to be worth $300 over the life of the dishwasher, it’s not that much, especially with an unplumbed dishwasher that requires you to manually fill the water tank and empty the wastewater on every run.

Rather, the annoyance the dishwasher fixes is that I have a nasty habit of letting the dishes pile up. Since I live alone, there’s nobody to judge me, and after one or two meals there aren’t usually very many dishes, so it’s really easy to say “Ahh, not worth doing them yet.” Repeat that a couple of times, and all of a sudden I don’t have any clean forks, there’s a bunch of grime caked onto my pots, I don’t want to cook because the kitchen is a mess, and it takes an hour to work through the pile of dishes. And the bigger the pile gets, the more work it is and the less I want to tackle it, but the less bad it seems proportionally to add a few more items to the pile – a self-destructive dynamic which encourages the pile to keep growing. I’m embarrassed to admit that I, a fully functional adult, have definitely let four or five days go by without doing the dishes on occasion (except for washing single items I couldn’t do without!).

Since the dishwasher is small, it fills up pretty fast; I normally run it once or twice a day depending on how much cooking I’ve done, about the same cadence that an average family might run a full-sized dishwasher on. That means the dishes never pile up to the point that I run out of anything, nor do they get hard to clean because food has dried on.

Having any rule at all is a good start, but this particular rule also works better than simply saying, e.g., “do the dishes by hand when one side of the sink is full of them,” because it doesn’t require nearly as much willpower to stick to. That’s for two reasons. First, it takes quite a bit less effort to put the dishes and water in the dishwasher and switch it on than to do the same number of dishes by hand. That means it takes almost no motivation to run the dishwasher, whereas it takes a moderate amount to fill up the dishtub and start scrubbing, often enough to make me do something else that feels more immediately rewarding instead. Second, there is an obvious difference in the amount of bother created by waiting: if I don’t run the dishwasher when it fills up at the end of a meal, soon enough I’m either going to have to hand-wash a bunch of extra dishes that don’t fit, or stack up some dishes outside the dishwasher, run the dishwasher, wait an hour, empty the dishwasher, load the extra dirty dishes into the dishwasher, and run the dishwasher again. When I’m deciding whether to take care of the dishes, both of those options sound considerably more annoying than just putting the dishes in the dishwasher and running it immediately, even if I really don’t feel like doing anything with the dishes. In contrast, doing a larger stack of dishes by hand may take more time than doing a smaller one, but it doesn’t feel more annoying when looking ahead at what I’m leaving for my future self to do, which is what changes behavior.

Two takeaways here. First, if you’re lucky enough to encounter a problem in your life that can be solved merely by throwing some money at it, and you have that amount of money to spend, just do it! It’s easy to put off improvements like this one because you don’t feel like they’re important enough to be worth it, or because you feel like you should be able to keep on top of the dishes without needing to buy a dishwasher. But oftentimes clicking the “add to cart” button on Amazon once is both easier and more effective than getting yourself to repeatedly do something that you’ve already established you find difficult. There shouldn’t be any shame in taking the easier and more effective route!

(For the record, I was unable to solve this problem by throwing money at it until I moved to my current apartment, so I didn’t ignore my own advice here. My last apartment had so little counter space in the kitchen that there was no place to fit an appliance of even this small size. I actually had to keep my toaster in my bedroom and bring it over and plug it in when I wanted toast. I appreciate my new kitchen!)

Second, and more generally, it’s often possible to fix problems with your own behavior by redesigning your environment in some way. And not only is it possible, it often makes things that previously felt quite difficult trivially easy. I mentioned this in my article on slowing down, for instance. If you dislike something you’re doing or not doing, see if you can figure out why you keep making that choice and what you can do to change the incentives.

Stanford psychologist BJ Fogg has a whole approach to this he calls Behavior Design; if this sounds interesting, check out some of his work.